We are using our fruit fly NF1 model to improve our mechanistic understanding of NF1 pathology, allow the interpretation of the functional significance of NF1 mutations being identified by human genetics and reveal novel therapeutic targets. 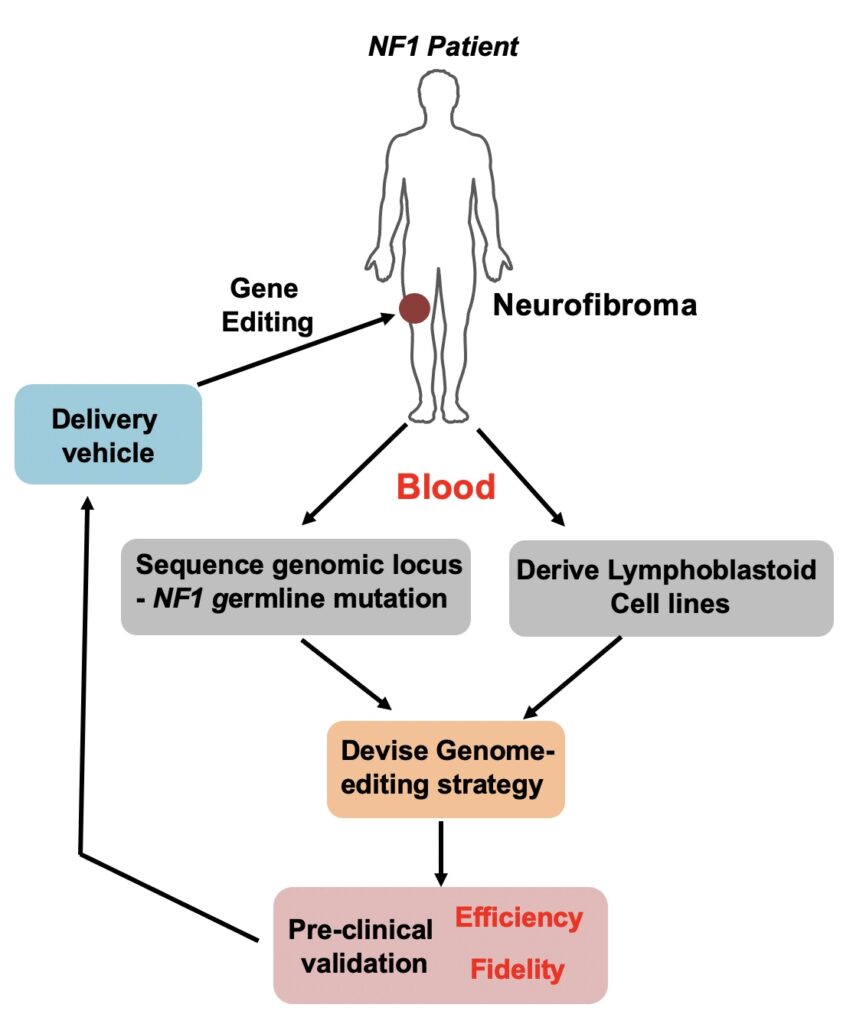 Recent advances in CRISPR-based genome editing technologies offer hope for lifelong restoration of neurofibromin deficiency by permanent correction of NF1 mutations. To address the plethora of pathogenic mutations in NF1, including specific insertions, deletions, or base substitutions, we propose developing personalized therapeutics for individuals with NF1 using both base and prime editing to precisely correct these lesions in the genome. This project is a collaboration with Dr. Ben Kleinstiver’s Lab (CGM). We are using two complementary mass-spectrometry-based approaches to define (i) the proteome and phosphoproteome and (ii) the activated kinome signature of NF1-deficient Schwann cells (SCs) derived from plexiform neurofibromas from patients with NF1. Together these data sets will provide a detailed view of the cellular signaling networks and the molecular targets controlled by neurofibromin in a cell-type relevant to the disease. Small molecule inhibitors to both known and novel signaling pathways will be used to examine the adaptive kinome in treated cell lines.

Patient mutations causing NF1 have been identified throughout NF1­ gene – not just within the segment known to control Ras. We hypothesize that investigating these mutations may give a clue to the diverse clinical symptoms and the variable nature of NF1. We are using CRISPR/Cas9 gene editing to generate selected mutations in human induced pluripotent stem cells (iPSCs). These iPSCs will be differentiated into neurons to examine neuronal morphology, proliferation, signaling and electrophysiological properties to look for correlates with specific mutations in different regions of NF1.

Neurofibromatosis 1 (NF1) is a genetic disorder affecting many different tissues with both tumor and non-tumor symptoms including multiple neurological complications. Sleep disturbances are a common subjectively reported symptom in NF1 patients but have received little attention to date. In collaboration with Dr. Richa Saxena’s lab (CGM) we are conducting a comprehensive study to evaluate the sleep characteristics in a large patient cohort of individuals with NF1 and healthy controls.

Insomnia disorder occurs in 10-20% of the population and confers increased risk of incident cardiovascular disease (CVD). In collaboration with Dr. Richa Saxena’s lab (CGM) we aim to to understand the mechanisms linking sleep disorders with cardiovascular outcomes, and to develop effective therapies guided by human genetics for insomnia, that prevent CVD, reverse sub-clinical CVD and ameliorate future CVD. Building from human genetics data, we are conducting functional studies on sleep and cardiovascular function in Drosophila to decipher mechanisms that link sleep to cardiovascular function and test therapeutic hypotheses.

Role of protein glycosylation in regulating sleep and circadian behavior

Glycoproteins are relevant to the healthy and diseased brain, and enzymes encoding congenital orders of glycosylation are enriched in chronotype and sleep GWAS, suggesting a link between glycosylation and circadian rhythms. In collaboration with Dr. Christina Woo (Department of Chemistry and Chemical Biology, Harvard University) we are using a combination of Drosophila and human cell line models and glycoscience tools to identify and characterize neuronal and circadian N-glycosylated proteins that function in healthy and diseased brains in the context of chronotype, sleep and epilepsy disorders. 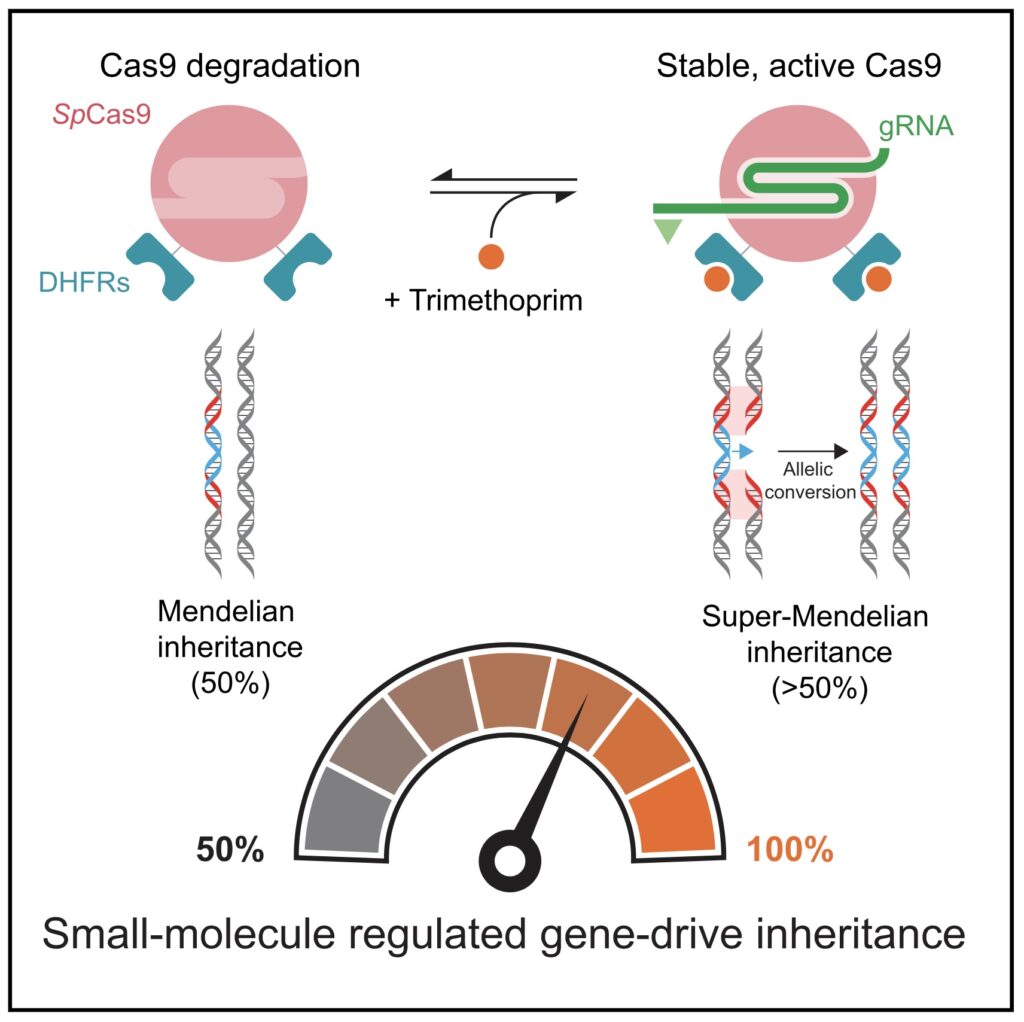 CRISPR-based gene drives have the potential to fight vector-borne diseases or suppress crop pests because they can rapidly transmit important genes through a population. They do this by surpassing the 50% inheritance limit of Mendel’s law of independent assortment through their gene-editing technology that converts a wildtype allele to a gene-drive one. However, contemporary gene drives could spread through populations to permanently modify the genome of organisms, posing safety concerns that limit their use in both laboratory and field settings if left unchecked. With Dr. Amit Choudhary’s lab (Broad Institute), we have used described the first gene-drive system controlled by an engineered Cas9 and a synthetic, orally-available small molecule, which can be applied to field applications.